There’s more to sex than mere skin on skin. Sex is as much spiritual mystery as physical fact. As written in Scripture, “The two become one.” Since we want to become spiritually one with the Master, we must not pursue the kind of sex that avoids commitment and intimacy, leaving us more lonely than ever—the kind of sex that can never “become one.” There is a sense in which sexual sins are different from all others. In sexual sin we violate the sacredness of our own bodies, these bodies that were made for God-given and God-modeled love, for “becoming one” with another. Or didn’t you realize that your body is a sacred place, the place of the Holy Spirit? Don’t you see that you can’t live however you please, squandering what God paid such a high price for? The physical part of you is not some piece of property belonging to the spiritual part of you. God owns the whole works. So let people see God in and through your body.

Are you looking for someone to talk to? We are here for you!

Does Satan really get involved in my everyday life? 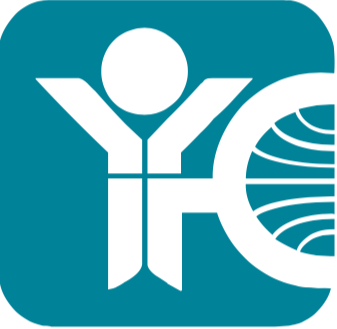 Jesus referred to Satan quite frequently in the four Gospels in the Bible; Mathew, Mark, Luke and John. He called him the prince of the power of the air. Jesus didn't even contradict this evil prince when he claimed in Matthew 4, that he—Satan—could hand over earth's kingdoms to Jesus. Apparently the devil controls quite a lot on this planet!

However, Jesus also tells us in Luke 10:18-20 that he saw Satan fall like lightning from heaven. Satan's power was defeated through Jesus' death on the cross, and we now share that victory!

Unfortunately, however, many young people get into unhealthy situations and real spiritual danger by thinking about Satan all of the time or by getting too familiar with the dark side by searching explicit content online or the movies they watch. The best advice, which comes from James 4:7; 1 Peter 5:8-9; and other Scriptures, is to stay as far away from Satan and his people as you possibly can.

Satan is real, and you should be aware of his plans for you.
You now have two major reasons for new conflict in your life:

1. Before you became a Christian, you hadjust one setof impulses, basically selfish. Your conscience wasweak and watered-down. Now, with your new life in Jesus, you have God's new impulses in you, fighting against your old value system.

2. In addition, you've taken on a new enemy. Now that you belong to God, you're a threat to Satan in a way you never were before. He used to be relatively happy with you because you were going his way. You were part of his family. But now that you're part of God's family and have a new heavenly Father, you are Satan's enemy. He is unhappy to have lost you, and he will work you over whenever possible. Here's his battle plan:

Doubt. Satan will try to immobilize you by making you question whether all this Bible and Jesus business might be just a hopeful theory. "You can't be sure about it," he will tell you, "so why be so serious about it?"

Discouragement. Satan tries to make you focus on your problems rather than on the Problem Solver. Matthew 14:22-23 tells about how Jesus invited Peter to walk on top of a lake, and as Peter looked at Jesus, he actually started doing it! But as soon as he started worrying about being out in the middle of the lake, and about how wet he'd be if this miracle suddenly stopped, he took his eyes off Jesus and "splash!"—down he went. And Jesus had to reach out and drag him back into the boat.

Diversion. Satan will use very attractive things to get your mind off God. Perhaps he will use something you want very much—like a boyfriend or girlfriend, all night gaming, or pornography. It will be something that'svery attractive. But it will be a dead-end street, a counterfeit of the enriching things God wants you to have.

Defeat. Satan may also make you feel, "Well, I really blew it. I guess I'm just not cut out to be a Christian. All I do is fail—I might as well quit." Satan wants you to turn your one or two failures into a pattern. He focuses on past mistakes, whereas God puts the emphasis on the future and on what we can become. Satan reminds you of your worst failures. The apostle Paul was very realistic about this tactic. Hesays, in Philippians 3:13-14:

Brothers, I do not consider myself yet to have taken hold of it. But one thing I do;forgetting what is behind and straining toward what is ahead, I press on toward the goal to win the prize for which God has called me heavenward in Christ Jesus.

Delay. Why should Satan try to talk you out of something if he can just get you to postpone acting on it? It's like that diet you're going to start tomorrow or the homework that you're putting off. Always tomorrow, always tomorrow, if Satan can get you to put off doing what you know Jesus wants you to do, he'll have you sliding his way.

We're told in James 4:7 to "Resist the devil, and he will flee from you." We don't have to be afraid of his power. First John 4:4 assures us that "The one who is in you (the Holy Spirit) is greater than the one who is in the world (Satan)."

All of Satan's attacks will be based on lies. Jesus said, speaking about the devil in John 8:44, "He was a murderer from the beginning, not holding to the truth, for there is no truth in him. When he lies, he speaks his native language, for he is a liar and the father of lies." That's strong language!

Be encouraged, for you have Truth on your side. No matter how great your temptation or how strong Satan's attack, Jesus has the power to overcome it. He tells us, in John 16:33, "In this world you will have trouble. But take heart! I have overcome the world."